Husky 1 GS: heavy duty fuel nozzle that can save you time and money

As a supplier of fuel dispensing equipment for over 30 years, we know that heavy-duty applications require more durable refuelling equipment.

As a supplier of fuel dispensing equipment for over 30 years, we know that heavy-duty applications require more durable refuelling equipment to withstand the environment and the heavy-handedness of those using the refuelling equipment. Dropping down and damaging the fuel nozzle, accidentally putting pressure on the fuel hose and spiling fuel, or just being in a rush and forgetting to remove the nozzle from the vehicles. These are just a few common examples that result in costly downtime and repair. However, what if there is a durable and rugged fuel dispensing solution that can save both time and money....

The Husky nozzle range is 100% US-manufactured to ensure long service life and durability. The product range covers a wide range of applications from refuelling medium and large vehicles to large agricultural and plant machinery and even tankers. However, one of the most popular fuel nozzles is the Husky 1GS, designed for heavy-duty environments and typically used for refuelling larger transport vehicles and agricultural and plant machinery.

The automatic fuel nozzle is ideal for enduring harsh site environment and regular use thanks to a range of enhanced features, hard wearing design and the easy serviceability of the nozzle. To fully understand all the benefits that set Husky 1GS apart from other nozzles, we've put together this in-depth guide and infographic to the Husky nozzle design. 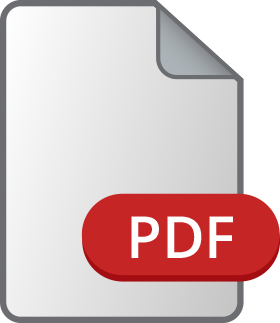 One of the key benefits of the Husky 1GS nozzle is its replaceable spout (see 11) that can be easily removed, cleaned, and replaced. This means that this alone can be replaced in the event of consistent dropping of the fuel nozzle and damaging the spout, making it ideal for heavy-duty site applications. This quick and easy fix can not only save engineer’s time on-site, but it is more cost-effective for the end-user that will need to buy only a spout replacement rather than a complete new nozzle. Another feature that can save engineer’s time when servicing the pump is the anti-air lock feature (see 1) which allows for the simple and easy priming of the pump without having to remove the fuel pump nozzle from the end of the hose.

The 1GS Husky fuel nozzle also benefits from a reinforced spout bushing (see 2) and a sensing port (see 3) positioned behind the spout end, ensuring that the sensor is subject to less wear than alternative models on the market, which increases sensitivity and causes nuisance click offs during dispensing. Another enhanced feature that greatly reduces click off is the loss motion latch pin (see 4) which works in conjunction with a spring-loaded diaphragm. These features are especially beneficial in applications where there is a higher usage rate due to multiple vehicles being refilled more often.

One of the key features that set Husky 1GS apart from other automatic fuel nozzles on the market is the flo-stop device (see 5) that is installed just after the spout. This feature shuts off the nozzle when the spout is raised above the horizontal position or falls from the fill point, preventing any spillages and loss of fuel. This fuel nozzle also has installed the Patented Stream Shaper® (see 6 ) function behind the reinforced spout bushing that aims to reduce turbulence and velocity, providing straighter fuel flow and less splash back spillages.

To prevent further full spillage that often happens on heavy-duty sites, the Husky 1GS nozzle benefits from having auto flick off hold open clip and increased pressure closing poppet. The auto flick off hold open clip (see 7) enables easy refuelling as the end-user can use only one hand to open the automatic fuel nozzle and then put hold open latch on. In case the fuel nozzle hits the ground, the latch flicks off and shuts off flow even when put in a lock position, preventing any fuel spillage. On the other hand, the increased pressure closing poppet (see 8) helps prevent fuel leakage when more pressure is applied (e.g. If someone stands on the hose) by shutting off the nozzle and stopping fuel gush out of the spout and onto the forecourt.

For long life operation in even the most heavy-duty of environments, the 1GS Husky nozzle is built for ruggedness. Thanks for the delrin tipped stem (see 9) and torsion clip spring (see 10) features; this fuel nozzle has a low flow shut off, enhanced lever durability, and more robustness than other automatic nozzles. Also, the full metal handguard (see 12) enables the Husky 1GS to withstand the heavy-duty environment and the heavy-handedness of those using it.

The Husky 1GS nozzle is a cost-effective and easy to service fuel nozzle, ideal for a heavy-duty environment. The nozzle not only has a robust design and over 10 enhanced features, but in the event of dropping it and damaging the spout, this alone can be replaced rather than having to buy an entire new nozzle. So if you want to save time on site, Husky heavy-duty fuel nozzles are the right choice for you.

Watch our short demo video on the Husky 1GS nozzle and see how easy and quick it is to service and change the nozzle spout in case you drop and damage the spout.

In need for a new heavy duty nozzle?

As the Official UK agent for Husky fuel nozzles & breakaways, we offer the full the product line of premium Huskey nozzles.

Read why our customers rate us Excellent!